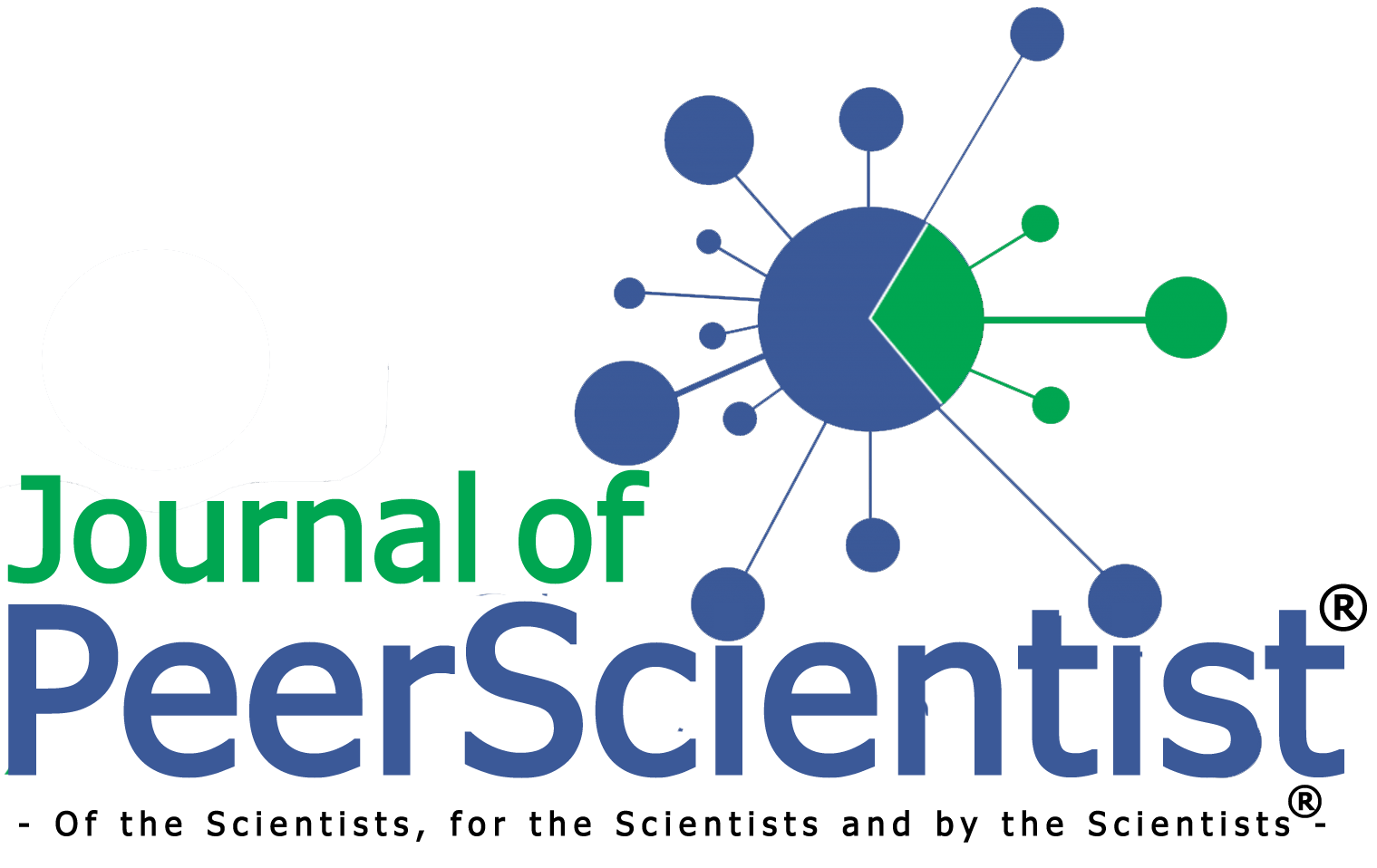 Epidemiology of self-medication practice among Libyans: A systematic review and meta-analysis

In Libya, prescription medicines can easily be dispensed without a prescription, as self-medication with the subsequent of potential misuse and unnecessary risk for patients. This systematic review and meta-analysis explored the prevalence of self-medication among citizens in Libya. A systematic search was performed in PubMed, ISI Web of Knowledge, EMBASE, Medline, Scopus, google scholar and ResearchGate databases for studies published in Libya reporting the prevalence of non-prescription use of medicines in community pharmacies, targeting studies published from Jan 2008 until Dec 2019. A random effects meta-analysis was conducted to calculate pooled estimates of non-prescription use of medicines. Out of 63 articles identified, a total of 13 papers from 7 cities were met the inclusion criteria and involved a total of 4741 subjects. The overall pooled proportion of self-medication of drugs was 53.6% (95% CI: 0.93% – 1.08%), with low heterogeneity and the P-value of the entire population sampled was found to be = 1.000 (df = 12). Seven out of the 13 studies reported data on self-medication for antibiotics without prescription. The records ranged from 15.3% (95% CI 0.61–1.65) in Misurata to 76.6% (95% CI 0.80–1.25) in Tripoli. Self-medication use of medicines among Libyan population is a common phenomenon involving a high proportion use of antibiotics. This misuse of medications could enhance the development and spread of antibiotic resistance.

Practices of self-medication is commonly seen phenomenon and known to cause a global public health issues [1]. The term self-medication, as described by WHO, represents to the utilization of medication without medical prescription to treat self-diagnosed illnesses or to promote health [2]. Many patients may treat themselves and self-medicate, using either over-the-counter (OTC) medication or prescribed medicines without prescription, including antibiotics [3]. In many cases, sources of self-medication are relatives, colleagues or friends, who share both the drugs and the information about how to use. This practice encourages of acquisition of new drug without referring to doctor to identify if the active principle is proper [4]. Nevertheless, numerous factors such as lack of trust on physician, lack of time and access to health care, and physician fees have been shown to affect self-medication behavior [5-6]. OTC drugs are remedies that are approved for self-medication because of their indication is simply known by patients and generally considered as safe and effective medicines. Paracetamol and other NSAIDs used to relief pain are among these OTC medicines. Nevertheless, self-medication is not restricted to OTC drugs, and patients using prescription medications as self-medication [7]. These drugs maybe left over from a previous treatment, or purchased straightforward from the community pharmacies without a prescription [8]. In some countries, patients encouraged for self-medication in order to treat minor illnesses [9].

This self-practice is perceived by their authorities as a prospect to held responsibility for maintaining their own health. On the other hand, some nations have implemented rigorous policies to prevent the drug misuse, targeting to upsurge patient’s self-alertness and to diminish unsuitable self-medication that causes depletion of resources, increase of chance of bacterial resistance and drug adverse reactions [10].

Self- medication is a major public health concern and is practiced worldwide, with a reported prevalence ranging from low prevalence in developed countries and much higher in developing and undeveloped countries [11-14]. In addition, the few studies conducted in Libya stated a high prevalence of self-medication. Prevalence extending from 15.3% in Misurata city [15] to 46% among non-medical students from the Benghazi University [16] to 56.19% in the city of Tripoli [17] have been reported.

In Libya, prescription medications can easily be dispensed without prescription from community pharmacies, resulting in potential drug misuse and health hazard [18]. Further, some patients urged doctors to prescribe antimicrobials for them in believing of the effectiveness of antibiotics treatment [19]. The concern of self-medication among population in Libya signifies an emerging area in the scientific exploration. Hence, combination of all available information could be valuable in order to attain a single quantitative assessment and to obtain precious conclusions than those reported from separate studies. For this purpose, a systematic review and meta-analysis were performed in order to explore the occurrence of self-medication practice among the Libyan population. To the best of our knowledge, this is the first systematic review to examine drug self-medication in Libya.

The database search recruited 63 publications for assessment. A number of 42 publications were excluded during searching process that did not met the inclusion criteria. The results retrieved from the search were analyzed separately yielding 21 articles met the inclusion criteria and retrieved for detailed search. Through this phase, 10 more articles were excluded, with reasons: 2 were excluded since related to testing prescription knowledge, 3 editorials, 1 opinion piece, 2 reviews, 1 article with data included with other studies, and 1 not peer reviewed. However, additional two studies included after references screening, with a final of 13 studies included (Figure 1). 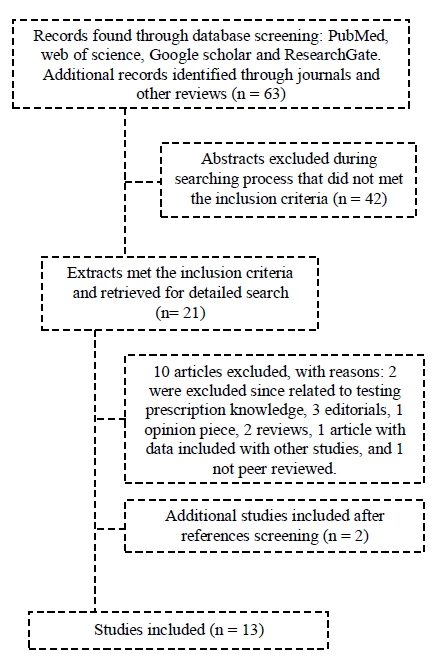 Table 1: Details regarding characteristics of the included studies. 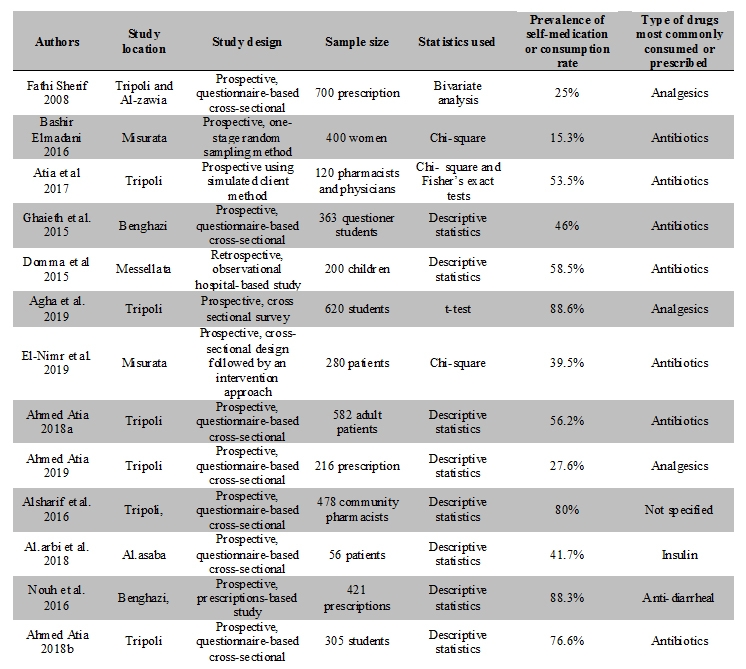 Incidence of self-medication and the commonly used type of drugs

This is the first study to provide pooled estimates of the level of drug dispensing without prescription in Libya. Even  with  regional  variations, providing  drugs  without

Outcomes of this study also highlight some concerns about the safe dispensing use of antibiotics. Seven out of the 13 studies reported data on self-medication for antibiotics without prescription. The records ranged from 15.3% (95% CI 0.61–1.65) in Misurata [15] to 76.6% (95% CI 0.80–1.25) in Tripoli [19]. The pooled estimate was 49.3%. Similarly, in previous study, the proportion of non-prescription supply of antibiotics based on pharmacy staff recommendation was 58% (95% CI 48–68) [33]. This finding has a significant effect on public health safety, mostly for the risk of emerging of microbial resistance.

Reports from earlier studies have stated that there were several causative factors to the prevalent phenomenon of self-medication in countries such as Libya: lack of access to healthcare services, easy access of medicines without prescription, and the rising behaviors of dispensing drugs to control nervousness or other mental disorders [34]. In addition, we found some studies stated low incidence of self-medication, conceivably this might be due to the occurrence of more distinct and specific enclosure criteria to choose subjects.

The current study has some limitations that should be stated. Firstly, our study was limited by a lack of data from many cities in the country. In addition, in cities where data were available, a small sample size were used which may not necessarily reflect the extent of non-prescription use of medicines across the country. Thus, our results may have over or underrepresented the concrete range of non-prescription supply of medicines. Furthermore, the findings of our study did not consider the impact of any local regulatory policies targeted at diminishing the supply of drugs without prescription or self-medication, which was implemented after the publication of the included articles and has caused decreasing of self-medication of non-prescribed medications.

Regardless of socio-demographic characteristics of the study participants, we attempted to analyze 13 original studies addressing self-medication practice in Libya. From this, 4741 participants were included for pooled estimation of primary outcome measures. Since self-medication is a common phenomenon in low-income countries like Libya where resources are often scarce, we tried to include all eligible studies for better power of estimation and ease of subgroup analyses.

Based on our findings, it’s clearly conveyed that medicines are repeatedly dispensed without prescription in many cities around the country. This misuse of medicines, particularly antibiotics, could harm patient safety and increase the chance of development and spread of antibiotic resistance. Considerable attention on this drug-practice concern is advisable with the emphasize on enforce laws and policies that could limit the self-use of drugs without prescription. In addition, implementing governmental initiatives that enhance physician education of appropriate medication use, and to increase the awareness of citizens to the risks related to this issue is needed.

A systematic search of literature was done in order to identify publications from EMBASE, Medline, ISI Web of science, Google scholar and ResearchGate that reported the following keywords: ‘Libya’, ‘self-medication’, ‘self-prescription’, ‘over the counter medication’, ‘dispensing practice’, “antibiotics’ and ‘self-administration’ from January 2008 until December 2019. All manuscripts written in English or Arabic were considered. Exclusion criteria were data from included publications, review articles, and study on animal models.

Initially, the results retrieved from the search were analyzed separately to explore possibly eligible criteria. The publications were arranged by title and abstracts and only entitled studies were selected for full text assessment. Through this phase, all unrelated publications (lack of relevance, studies on animals, data present in other publications, case reports, and review articles) were considered as exclusion criteria.  Publications in non-English or Arabic language were also excluded. Finally, only articles with eligible criteria were selected and analyzed.

The full articles were reviewed and screened to extract self-medication practices details. For each study, the following details were extracted; author, year of publication, place and study design, prevalence of self-medication or consumption rate, and drugs most commonly consumed or prescribed.

Statistical analyses were performed using the software Review Man 5.3, for Windows. Percentage meta-analyses were conducted to analyze pooled proportions (with 95% confidence interval) of drug self-medication for all included studies. The chi-squared test and the I2 were used to estimate the degree of heterogeneity across studies.